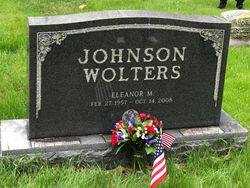 Ross Arnold Johnson, Jr. was born 30 October 1949 in Milwaukee, Wisconsin.  Raised in Whitefish Bay and fondly known as Swen, he attended Lydell and Cumberland elementary schools.  A member of Whitefish Bay High School Class of 1968, Swen was rightly feared and respected by his rivals on the running track.

Tasked with reconnaissance missions, they flew at extremely low altitudes ahead of ground troops, looking for enemy personnel as well as their trails and caches of food or ammunition.  As a UH-1 Helicopter Repairer (MOS 67N20), Johnson served as crew chief and door gunner on these missions.

On December 28, 1968, Pvt Johnson was serving as door gunner on OH-6A 67-16029 which crashed, exploded, and burned during a reconnaissance mission in Tay Ninh Province, South Vietnam.  Although himself seriously injured, he assisted the other two crew members.  Pvt Johnson suffered severe burns over most of his body and was evacuated to 106th General Army Hospital in Yokohama, Japan, where he died on 2 January 1969 at the age of 19.

Pvt Johnson is buried with family members at Graceland Cemetery in Milwaukee, Wisconsin.  His name is engraved on Panel 35W, Line 20 of the Vietnam Veterans Memorial.